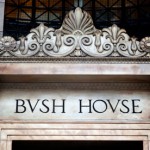 THE announcement that the BBC World Service is moving from Bush House, its home of seven decades, is news that will give quite a few journalists a stab of career nostalgia. My memories of years of working in ‘Bush’ are a brew of tedium, excitement, live-broadcast terror, all underwritten by the ever-present awareness that any day might include meeting some of the most interesting people in the world. 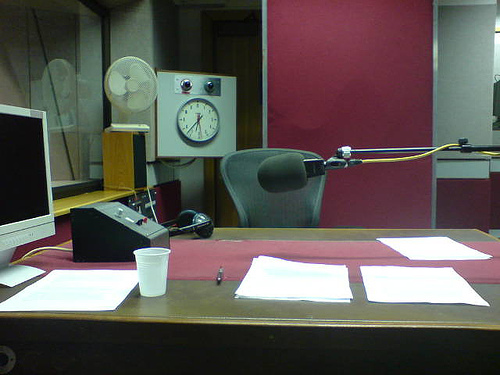 Not that Bush House was an exactly wonderful place, as workplaces go. It was crowded, cramped, usually rather dirty, a warren of mismatching corridors and levels like some kind of private school or hospital facility at the budget end of the scale. For more than ten years I toiled in a disorderly, noisy refuge known as Room 601 (George Orwell’s Room 101 plus five flights of stairs), where I made thousands of telephone calls, edited hours, days, weeks worth of audio tapes (in the first pre-digital years the editing technology consisting of razor blade and sticky tape), dubbed scratchy records from the ‘Gram Library’, and more than once sat up to dawn perfecting a tricky edit that 24 hours later would be forgotten forever.

I liked it. I almost loved it. There was a slightly Lord Of The Flies atmosphere: adults who were like children running a show where the real adults had neglected to show up for a few decades. Sure, some of them were cruel children (like any newsroom, the newsroom had its full complement of sociopaths), but most of them were not. There are always some extremely unpleasant people working in broadcasting, but not many of them made it to Bush House.

One of the best things of all was something that no individual journalist can claim credit for. I realised almost immediately that working at the BBC was different to working for any other house in journalism, simply because you could get almost anyone to agree to an interview just by uttering the words “Bee Bee Cee”. In fact in ten years of asking I can only remember one person (some entrepreneurial type in the City whose name I have forgotten) refusing point blank to answer questions. Basically you could phone up anyone you liked (or anyone you disliked), and get a response.

“How should I describe you in the script,” I asked Malcolm Bradbury at the end of an interview (I think I was obituarising Anthony Powell). “Oh … well …” said the distinguished teacher, novelist, and critic, seeming to find it difficult to light on anything very specific to say. “I’m er … yes, a professor of literature … founded the creative writing course at East Anglia … let me see … written a few books …”

And so it went: choose anyone in the world you want to speak to and just dial. In fact, the very first day I went to work in ‘Central Talks & Features’ I phoned up someone who happened to loom large in my mental life, the editor of the literary magazine Granta, who at that time was Bill Buford. This was the period when Granta’s literary aura glowed very bright indeed, and it was exactly where I wanted to be published. So, hey, phone the editor, make an impression. This didn’t really pan out ideally: Bill, who had just published a book on football hooliganism (the subject of the interview) was – I rapidly grasped – a difficult guy to make an impression on. And just what was I going to say?  “Hey, Bill, just before you go, I want you to know I’m not just a radio hack, I’ve got this cracking idea for  a long series of …”? But you get the principle of the thing.

And the spell worked pretty much worldwide. You want to see the Minister? Just dial. You want the Chief Executive? Dial. You need to talk to the leader of the underground armed opposition? Dial.

But best of all were the total surprises. I once made a 30-minute documentary on the idea of the Unknown Soldier, and as part of the project I booked an interview in the studio with the author of a book on First World War memorials in France, called The Missing of the Somme. When I came to read the book I was a little surprised that it turned out to be so confidently wide-ranging in its approaches, but still I expected the author to be a tweedy elderly academic. Instead I got Geoff Dyer, whose wardrobe was something a bit more adapted to a long night’s intensive clubbing in a trance-dance establishment. I took a rapid re-reading of the situation, judged him to be a Pizza Express kind of a guy, and so when the interview was done that’s where we went.

At that date Dyer had not yet become the ultra-fashionable novelist and critic that he deservedly is today, so I probably didn’t pay as much attention to the conversation as I might have done. But it reminds me that as a day’s work, a day at Bush was way better than a kick in the head.

Now, just as soon as I get a minute free I am going to turn a few of those long-lost programmes of mine into podcasts and add them to the radio page. I know I have on my shelves cassette copies of most of the feature documentaries, but I actually enjoyed making mini-features best of all, some of which I have probably lost (that happens all the time in broadcasting, which has little sense of history). I had a regular gig of making a 15-minute programme called From The Weeklies, like What The Papers Say but with the added restriction of only being allowed to use weekly magazines for your sources. I recall making one themed around the idea of everything in life running backwards (I guess I must have been reading Martin Amis’ Time’s Arrow, or was it Harold Pinter’s Betrayal, or was it Elizabeth Jane Howard’s The Long View?).

I do remember the script began: “Olleh!” …