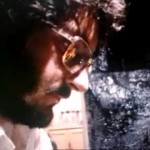 The YouTube gems I have just stumbled upon are a series of clips of the English philosophers Gareth Evans and Peter Strawson in conversation – conversation which is certainly a long way from Johnny Cash Live At Folsom Prison. Now, Johnny Cash needs no introduction. Among philosphers professional and amateur, Peter Strawson is also pretty well known. But let me introduce Gareth Evans.

Academic philosophers are not supposed to have a particularly strong physical presence. Gareth Evans, who had an impact on philosophy out of all proportion to the shortness of his life (he died in 1980 aged only 34, the books that he would shortly have published lying uncompleted on his desk) was an exception. Not content with a pitiless intellectuality, he also gave off a very powerful air of being liable at any moment to do something physical, something sudden, something extreme. 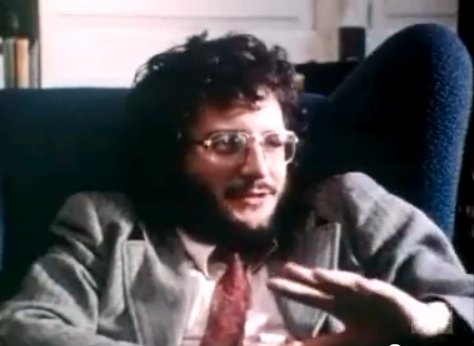 Evans taught students in his rooms on Merton Street in Oxford, a quiet lane behind the High Street. In one corner there was a music system, some symphonic Beethoven LPs stacked against the table. Then there was also the smell of the strong coffee he would offer as you kicked January snow from your boots. Once he taught the tutorial lying on a mattress on the floor: “Don’t mind me, I’ve just buggered up my back,” he said. “Now, let’s talk about deep structure …”

Evans introduced me to a systematic understanding of how the dictionary meaning of words was not always their final meaning, how meaning was often governed by the intention conveyed, and that intention was shaped by context. If you want to understand how language works you have to be able to explain why ‘bad’ can so readily be made to mean ‘good’ without changing the sound or the grammar.

A tutorial with Gareth Evans was an intellectual ascent. It was almost physically painful to follow the direction and speed of his thought. The difficulty was not eased by the fact that my tutorial partner for Evans’ course in philosophical logic was a graduate student whose sole interest at the university was competitive rowing. It would be an understatement to say that my colleague had not got his head around philosophical logic. He thought it was something akin to science fiction, and when asked to write on some logico-linguistic issue he would come up with essay-length fantasies about travelling back in time to the day of Pearl Harbor, or whatever. This lent a bizarre dimension to our weekly tutorials, a comic counterpoint to the main action, but that didn’t take any pressure off.

But debating with Evans was never going to be an easy gig for anyone. With most philosophy teaching, if you were stuck you could fill with some airy generalisation. Evans would have none of that. “Give me an example,” he would snap back. “Philosophy is all about examples.”

The YouTube videos show Evans in debate with his own tutor and mentor Peter Strawson. A non-philosopher will probably find that some of the discussion has the tone of gratuitous extension, but in philosophical logic that is a tone that comes with the territory. If you can see beyond the mannered speech you should also be able to see that neither party here concedes any intellectual quarter, and that the viewer is asked to be as intelligent as the speakers. So to get a taste of what an Evans tutorial was like, click below for the first of six films (the debate itself starts about 9’30” into the clip and there are five more clips in the sequence – the rest are linked at the foot of this post).

These films were made in 1972, about five years before Evans taught me – by which time he had shaved his beard, dropped the heavy rock haircut, and greatly intensified his aura of authority. Only a couple years after that he was dead, having suddenly developed a viciously aggressive lung cancer despite (as far as I can remember) never smoking himself. Although as these films show, there were others in the vicinity who did enough smoking for everyone.

Evans had that kind of magnetism of personality that caused events to coalesce around him. The last time I saw him it was to ask for an academic reference for a job. He sat immobile behind his desk in Merton Street; I didn’t know it at the time but that was because he had just returned from lecturing in Mexico where a car he was travelling in had been hijacked by armed men, the driver having been shot dead while Evans himself had received a bullet in the leg.

I explained that I needed the reference for a job with the BBC. Evans glanced up at me in silence. Words were not necessary to convey his meaning, which was that he considered such work to be an intellectual capitulation that merited no further comment.