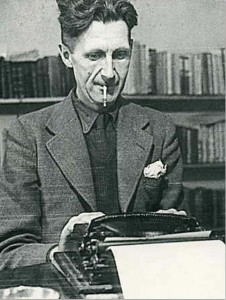 IN EARLY 1928 a former colonial policeman called Eric Blair decided that he wanted to become a writer. He moved to Paris, took a cheap room at number 6, rue du Pot de Fer in the Fifth Arrondissement, and worked at odd jobs in hotels and bars. His attempts to write fiction were failures, but he did manage to get a few essays published in literary journals. The first was A Day in the Life of a Tramp. It begins like this …

‘First, what is a tramp?

‘A tramp is a native English species. These are his distinguishing characteristics: he has no money, he is dressed in rags, he walks about twenty kilometres a day and never sleeps two nights together in the same place.’

This was the work of the man who was shortly to adopt the pen name George Orwell. It seems likely that the French translator took a few liberties with Orwell’s layout and vocabulary, but even so the voice of the man who was to become one of the most celebrated and debated authors of the century is recognisable. It is brisk, almost styleless. The author has a story to tell and he goes straight to it. He has done first hand research. He identifies with the outsider. He is angry, but controlled. And even while publishing in French, in Paris, his concerns are with England, and Englishness. 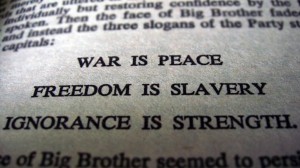 The England that Orwell spent his short life investigating and writing about was a place where classes and roles were still well defined. It was a country of working men’s associations and landowners, tweeds and overalls, debutantes and clerks and travelling salesmen. That England has now largely disappeared. Orwell, however, has not – if anything interest in him is growing. A new biography is published roughly every two years, and new book-length essays much more often than that. Orwell is a literary and political touchstone – and the strange thing is that Orwell’s posthumous power works on the left, the right, and all points between.

This book by Robert Colls, a professional 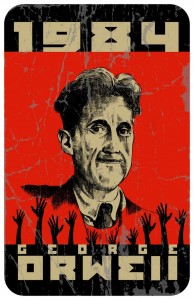 historian, sets out to explore Orwell’s attractive elusiveness and to define his true subject as the identity of the English. It is written in the slapdash style of the academic on sabbatical and is rather pleased with itself (a tone entirely alien to Orwell). But it is full of interest and provocation, and Colls has a better grasp of the working class setting than did Orwell. The reader in search of what Orwell stood for will be disappointed – but that is the author’s point. Orwell was a serial rejecter of ideologies.

The question remains, why is Orwell so influential? His novels are a blend of the dramatic, the visionary, and the pedestrian, and the characters don’t really work. His essays often strike a note that is doggedly plaintive.  He writes about failures living in suburbia, how to make a cup of tea, the wages and diet of mineworkers, long-forgotten ideological squabbles, and working in a bookshop. Yet he is idolized across the political spectrum, by neo-cons and anarchists, Tories and socialists.

Everyone, it seems, can find something to admire in Orwell – although everyone who looks closer is likely to find more to dismay them. Was he a socialist (as he often claimed) or a kind of Tory radical? Was he a closet anti-semite, a misogynist, a fantasist, a spy? These are trace elements in his story.

Orwell was perpetually in transition. Every sentence he wrote bespeaks integrity, but it was the integrity of a writer who was in search of honesty and in search of identity. Ideologically he will not be pinned down. He was a native English species, never sleeping two nights together in the same place. 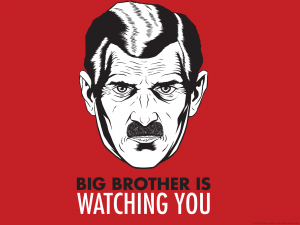