WILKIE COLLINS was an immensely successful Victorian novelist. Like his close friend Charles Dickens he pioneered new forms of storytelling and publishing, wrote extensively for the stage, toured America, and made a fortune.

Yet after the author’s death in 1889 the biographies and critical studies did not flow. The man who popularised the ‘sensation’ novel, who first explored subjects like multiple personality and identity theft, and who championed the rights of women and depicted colonial subjects as if they were real people, was not considered ‘serious’.

The first full-length Collins biography did not appear until 1951, and a fully documented study did not emerge until 1991. But in the last 20 years things have changed. More biographies, chronologies, illustrated guides and collected letters have been published, and Collins has started attracting the attentions of the theorists of class, feminism and gender studies. A critical biography was published in 2008, and the novelist Peter Ackroyd published an extended biographical essay last year. 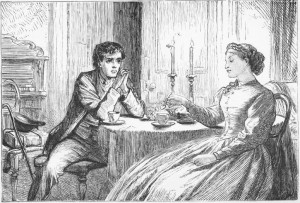 Andrew Lycett’s new biography adds to the growing pile. It is a full and dutiful account, although the author (who has written effectively about later writers like Dylan Thomas and Ian Fleming) is somewhat out of his comfort zone in the complex and contradictory layers of mid-Victorian Britain.

He also faces the problem that Collins’ life is not as fully documented as it might be. The chief culprit here is Charles Dickens himself, who late in life destroyed all the letters he had ever received including presumably a large cache of Collins correspondence that might have filled in a lot of gaps. But in any case Collins was a man who kept silent about large areas of his life, not least because he had plenty to hide.

Wilkie Collins maintained a determined bar- and brothel-visiting bachelorhood all his adult life, while keeping a live-in mistress for three decades, plus a live-out one just around the corner by whom he had three children. That did not fit the model of propriety that we now see as typically Victorian – but perhaps that model is flawed.

The image of the nineteenth century that the present day has inherited is of the stultifying, stiff-necked end of the period, a world of brown furniture and hushed voices. Collins’ mid-century London was utterly different, with its garishly-coloured clothes, its anarchic freewheeling boom-and-bust capitalism, and its infinite cast of crooks and cranks and geniuses. Status, class, order and morality were all important 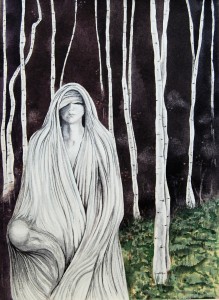 – on the surface. Beneath the surface there breathed a disordered underworld of secrets and deceits. Or so the shifting perspectives and impersonations of The Woman in White and The Moonstone suggested.

Collins wrote fast, turned his hand to anything that would make money, and in his prime had a gift for titles. In novels like No Name and Hide and Seek he encapsulated his themes in a couple of words. He saw that identity was not fixed, but could be conferred by society, or created by the individual. He did not invent the professional detective (that was Dickens, with Inspector Bucket in Bleak House) but he refined the type and made the search for what society has hidden a dominant motif.

The author lived and wrote as the modern world was being invented. He experienced the first mass media with unregulated near-instant circulation, the creation of all-embracing infrastructure (much of Britain was actually better connected by rail in 1880 than it is today), and the emergence of a metropolitan form of living which has become the dominant mode of human existence.

The novels reflect this decisive transformation. Collins’ best books are over-long, over-plotted, and slightly ridiculous. They constantly strain credulity. But so did the modern world, of which he was the first true exponent in fiction. 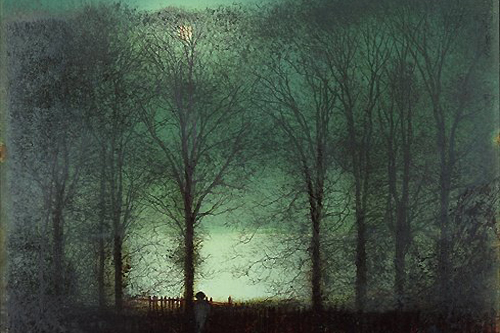