I can only recall ever being asked to write two obituaries in my career, but it is kind of fitting that they should be a bookmatched pair: Saddam Hussein and Osama bin Laden. I found these obits in a folder as I was searching for some background on the current fight to oust the blood-soaked president of Syria – so, bedtime reading for Mr Assad, perhaps.

As is the case for most obituaries they were written while the subjects still lived. MSNBC asked me to prepare this obit of Osama bin Laden shortly after he was chased out of Afghanistan, and before the invasion of Iraq – an eventuality which at that point seemed preposterous. The obituary of Saddam Hussein, also commissioned by MSNBC, was written shortly before he was put to death. 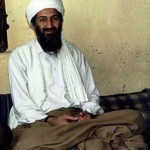 These two lives and deaths embodied the crisis of authoritarianism in the Middle East. The region is and always has been infested with malignant father figures – father figures that lack the one essential quality of a father figure, which is to be a mature adult. Perhaps it is not a coincidence that both Saddam and Osama lost their fathers young. Saddam’s response was simply to dispense with childhood altogether – if you go to primary school armed with a loaded pistol, I think it can be assumed that you are skipping childhood. If you are never a child, you can never grow up. And Osama’s strategy? Swaddled in his robes, he constructed a realm that was a permanent nursery. The bare room, the telly, the blankets and the toythings on the floor. Nothing is more revealing than the recording of his infantile giggling over pictures of the 9/11 aftermath. These are fathers with the emotions of an insect-killing five-year-old.

In the present era many in the Middle East are revising their view of the killer-dads – the Gaddafis, the Saddams, the Assads. But it is really tough to grow up, especially when you have such very, very bad role models.