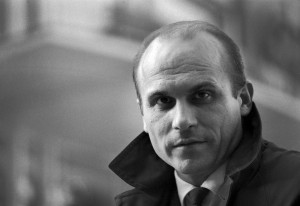 RYSZARD Kapuscinski was a liar, a spy, a fantasist and a fink. And according to this biography he was also a rather lovable fellow, which helps explain how it was that for many years he managed to masquerade successfully as the World’s Greatest Reporter, winning awards and adulation everywhere, and reportedly only just missing a Nobel prize.

A short list of what Kapuscinski got up to would have to include: zealous support for the hard line Soviet-directed version of communism at home and abroad (until he sniffed the
wind and did a switch), spying for the Polish security services, including spying on
colleagues, publishing eyewitness accounts of events at which he was not present and
reporting meetings with important people he had not and indeed could not have met
(for example because they were dead), and inventing a large proportion of the
‘interviews’ that made up his best known books.

How did he pull off this impressive scam? Obviously the first requirement is some
gullible people in positions of influence. Salman Rushdie: ‘One Kapuscinski is worth
a thousand grizzled journofantasists …’. Oh, right. Also, Kapuscinski was billed as an
independent east European voice at a time when a certain saintliness attached
automatically to such. Perhaps most important of all he enjoyed a limitless supply of
personal charisma, winning friends and seducing women wherever he went, pals and
lovers who often stayed loyal long after they had twigged that Mr K was a world-class
fabricator.

In Poland Kapuscinski (who died in 2007) was and is a revered figure. This biography was written by one of his disciples, and as a result it is an excruciating read. Uncovering one layer of mendacity after another Domoslawski does what he can for his late friend, obfuscating here, excusing there, but his bottom line is an honest one and he forces himself to present the facts, although it is as if with tears in his eyes.

Kapuscinski was primarily a foreign correspondent. Every foreign correspondent is
liable to make some mistakes. Many journalists will occasionally remember words
heard or read as words said in person, face to face. Some may fill in an awkward gap
or two. Kapuscinksi was a different case altogether: it would never be enough for him just to report something about Che Guevara – he had to claim to have met him. A
massacre in Mexico? Yes, I was there, in the square as the bullets flew. Trouble at a
police post in the Congo? Yes, once again I was seconds away from execution (this
by the way was his standard bar room pickup line). It wasn’t just fibbing: Mr K had
that inability to stop, a need to push things beyond the limit of credibility and still
carry you with him. The fact that he was also an intrepid reporter and moderately gifted writer is not a plea in mitigation.

Take The Emperor, the book that made Kapuscinski an international name (1983
Book of the Year according to the Sunday Times). This work – presented as verbatim
accounts of life at the court of Emperor Haile Selassie of Ethiopia – has fake written
all over it. Everyone speaks in the same voice, which is the voice of guess who. There
is absolutely no feel of Ethiopia conveyed – you might as well be in Milton Keynes –
and everyone is interested solely in the things that happen to be the very things Mr K
is up to, ie spying and lying. 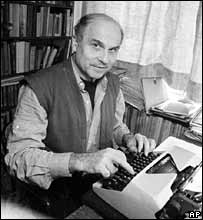 There is a school of thought that reckons this is all fine as long as the result is literature that can be labelled New Journalism, or Magic Journalism, or Non-fiction Novel Writing, or something. Does it matter if it is invention? Isn’t fiction invention? Of course it matters. One, because this is being passed off as reportage, a tributary of history. And two because this is not fiction, it is self-celebrating fantasy. It does not have the address of fiction – it never strikes the implicit deal between the novelist and the reader, which is that we are in this together, on a journey of the imagination.

A lot later on Kapuscinski started building up a retroactive claim that he was not so much a liar, more a poet of the power dynamic operating with a poet’s privileges. But that doesn’t wash. You can’t lie through your teeth and then say, oh no, don’t get cross, I was just
writing a poem there (try that at home and see how it goes down).

There is another school of thought that says okay, we realise that Mr K has taken us
for a ride, but it is a great trip so why complain? True, there is something compelling
about a book like The Emperor. It is not that it is heightened experience in the style of
New Journalism. It is the opposite: a monotonous dirge, relentless, colourless, hypnotic.

Yet Kapuscinski has no malice. He does the ghastly things he does, but it’s not personal.

Leaving aside the life, what is left of the work (which includes The Soccer War, Shah
of Shahs, Travels with Herodotus, Imperium, and many more) after the books have
been filtered for untruths, expediencies, boasts, and fantasies? What is left is one of
the curiosities of literature. And who knows, maybe an enduring one.