Book Review: A Mysterious Something 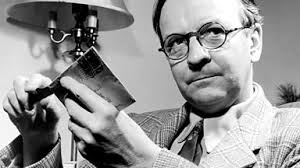 in the Light: The Life of Raymond Chandler by Tom Williams

IT WASN’T the plot, and it wasn’t the characters. It was the blend of idealism and cynicism that made Raymond Chandler’s writing so compelling. His world was a chiaroscuro of crime shot through with California sunlight. And if that world were strange and ambiguous, Raymond Chandler the man, as drawn in this new biography by Tom Williams, was even stranger.

Not on the surface though. When he turned up at Paramount Pictures in the summer of 1943 for his first movie scriptwriting job Chandler was dressed in tweeds and smoking a pipe, looking like the conventional corporate executive he once had been. He didn’t get on well with his writing partner, the director Billy Wilder, or with studio bosses who couldn’t see what this prickly, prudish writer of dark thrillers could offer the airbrushed world of wartime Hollywood. But together he and Wilder turned out Double Indemnity, breaking the mould of popular filmmaking and defining film noir for a generation. 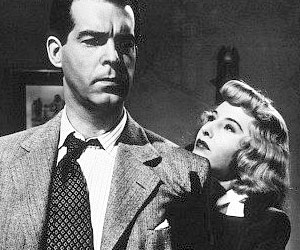 As he reached that turning point Raymond Chandler was 55, and his life had described an unusual arc. He was born in Chicago, to parents of Irish Quaker stock. His father was a disorderly alcoholic. His mother was a determined and controlling woman. They moved from city to city, often close to poverty, until one day his father disappeared. But there was money in the family, and the young Chandler ended up back in Ireland, and then London, where he attended a private school and became an Anglicised Irish-American – in other words a misfit, which he remained all his life.

Chandler tried being a lot of things – a poet, a civil servant, a journalist – but nothing seemed to gel. He tried America, and still failed to find his place.  After the First World War he ended up in Los Angeles and finally stumbled into a career as an oil-company executive. He worked diligently, slipped ever further into alcoholism, and eventually got sacked. And then he began to write.

As it turned out the ruthless corruption of Los Angeles in the twenties had provided a perfect education for the writer Chandler was now determined to become. He knew the realities of the city that had grown too fast to leave room for honesty, and he excelled at describing the Angeleno underworld in prose that was tense and lyrical. What he added to the ‘hard-boiled’ genre was something unique – a kind of moral longing that shone through the exhaustion. 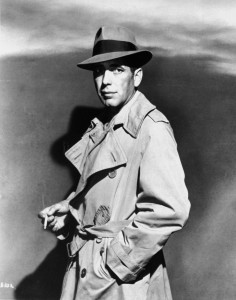 Chandler’s hero the private eye Philip Marlowe embodies this longing. He is a battered chivalric knight turned loose on the mean streets of LA. He is the voice all of Chandler’s novels with their valedictory titles – Farewell, My Lovely, The Long Good-Bye, The Big Sleep, and more – and of course he was Chandler’s idealised alternate self.

It was a very odd self. Chandler’s own mental world was a mother-fixated one and there is always a demonic woman at the heart of his plots, plus another who needs protection. Chandler was what today would be called needy, as well as being short-tempered, ill at ease everywhere, racially and culturally bigoted, and in his final years encased in an alcoholic fantasy-world of passionate love affairs that did not actually exist. That he managed to transmute this self into the pitch-perfect world of Philip Marlowe remains a major miracle of a minor art.