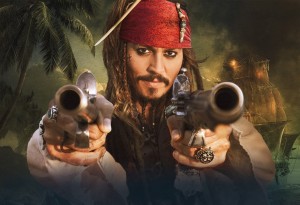 HEAR the word ‘pirate’ and what picture springs into your mind? I see a richly-bearded geezer in a tricorne hat and a frock coat, with a notched cutlass and bandolier stuffed with pistols. Never mind the real-life pirates of our day, the maritime robbery-and-kidnap specialists of Somalia and West Africa – they are all too recent to have generated sufficient fiction for us to draw on. Our common pirate is like the zombie, the vampire, the robot – a creature of the imagination, coming to us via Robert Louis Stevenson, J M Barrie and Johnny Depp. But where did he come from, really?

He or she, that is. As Neil Rennie points out in this new book tracing the historic and fictional interlacing of the pirate concept, there were women involved right from the start of the ‘golden age’ of piracy. Mary Read and Ann Bonny sailed with the buccaneer Captain John Rackam in the early eighteenth century, and according to A General History of the Robberies and Murders of the most notorious Pyrates published in 1724, they had a penchant for cross-dressing while out-doing their male counterparts when it came to pure violence. 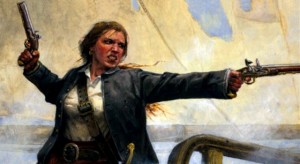 The General History also relates the story of a jealous love-triangle between Rackam, Read and Bonny (a plot which included frequent baring of heaving breasts), and tells us that all three were hanged in Jamaica, the corpse of Rackam being ‘hung on Gibbets in Chains, for a Publick Example, and to terrify others from such-like evil practices.’

The General History was good enough to be attributed (wrongly) to Daniel Defoe, and instantly became the essential source-book for all subsequent pirate studies. It introduced the public to the leading players in the story, and they remain the leading players today. 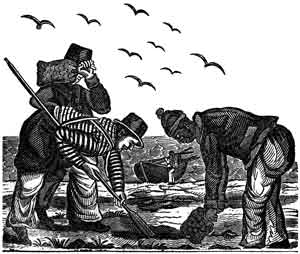 Along with women outgunning men against a sexually and literally steamy tropical background, there was the psychopath-pirate Edward Teach, known to us as Blackbeard. Teach is reported as having invented a kind of fragmentation bomb designed to cause maximum casualties. But his emblematic act was the casual maiming of one of his own crewmen, Israel Hands (who made it into Treasure Island), shooting him in the knee on the grounds that ‘if he did not now and then kill one of them, they would forget who he was.’

Blackbeard’s sometime shipmate and mirror image was Major Stede Bonnet, the gentleman pirate who ‘has a good library on board’. Bonnet was executed in South Carolina in 1718 but lives on as the historical model for the morally ambiguous fictional pirate characters that followed. Elements of the mysterious and irregular Bonnet (his ‘Humour of going a-pyrating’ was said to have proceeded from ‘some Discomforts he found in a married state’) are part of the make-up of Long John Silver and Captain Hook.

And of course there was William Kidd, a one time semi-official protégé of the British who pushed his luck too far, and who furnishes history with the original treasure chest (which according to Kidd’s own signed declaration had no gold or jewels in it, but rather a collection of calico, silk and spices). Kidd was hanged at Wapping in 1701 (strung up twice, as the rope broke), but his treasure chest with its hidden map has proved immortal. 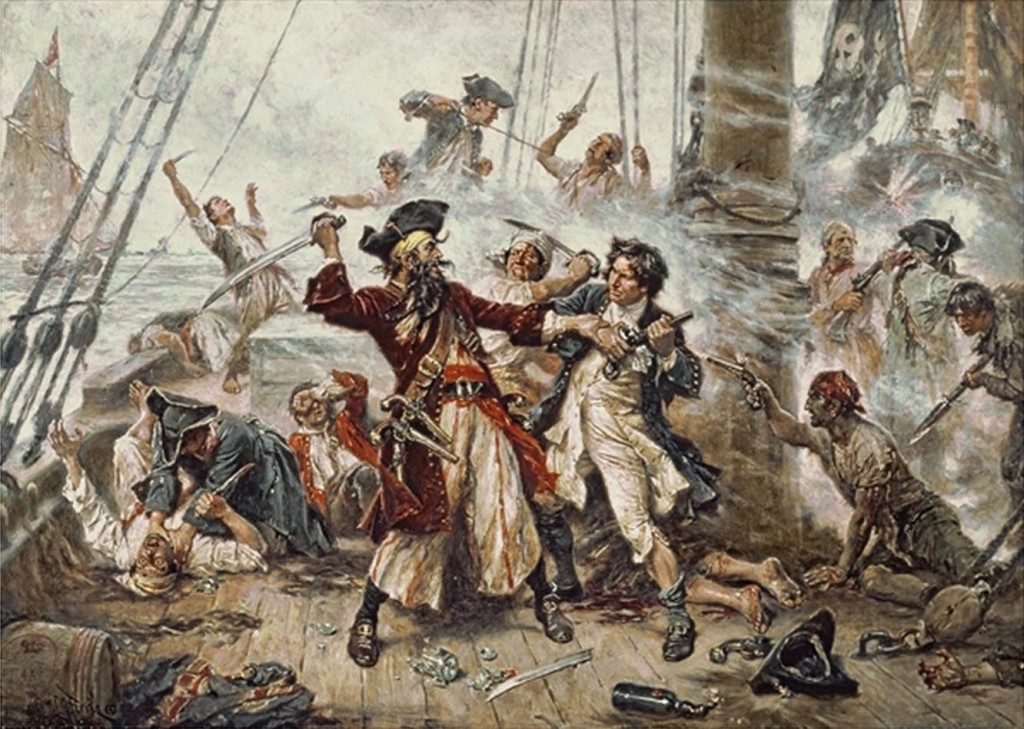 The problem with the General History and the piratical world it depicted is that it is to a large extent made up. Teach, Bonnet, Rackam, Kidd and the female pirates (along with Henry Every, a kind of ur-pirate who has unaccountably not made the transition into fiction) were real people, but we know very little about them and most of the stories about them are just stories. There was no skull-and-crossbones, no cross-dressing love-triangles, and precious little treasure – golden age pirates were more likely to end up with a chest full of beeswax or a hogshead of molasses. The real treasure was coined by novelists and film-makers. The real pirates got violence, hardship, and the likelihood of the gallows.

In this book the author has made it his task to go back to original trial records and depositions in public record offices around the world, and chart the connections between verifiable facts on the one hand, and swashbuckle on the other. The best bits are the historical accounts. The fictional crossover is less well handled, as the painfully self-conscious title might suggest. But writing on the fact-fiction borderline is always a tricky business, and you can’t blame the author for trying to walk that particular plank (which by the way never existed). 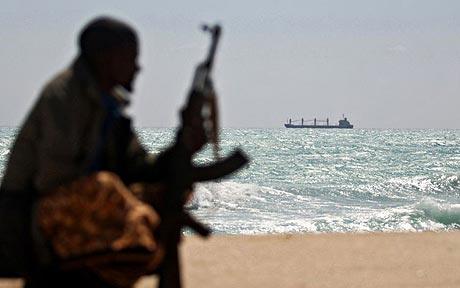