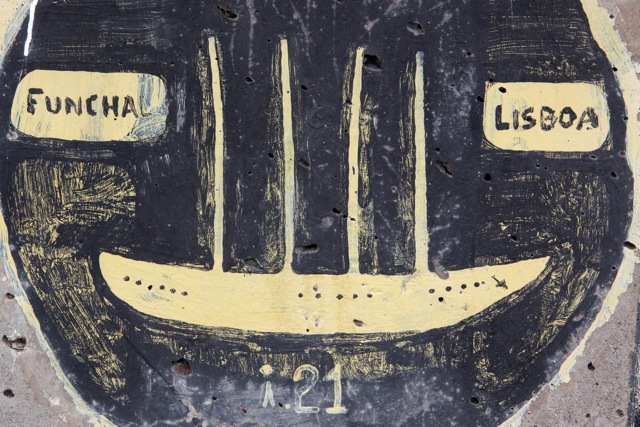 ON THE HARBOUR wall in the port of Funchal, Madeira, there is a remarkable collection of paintings. Nobody commissioned these works, the artists are anonymous, and the medium is industrial primary colour on cement. The subject is the Atlantic Ocean. With photographer Nick Sinclair, I recently published a short photo essay celebrating these unofficial, unbidden images.

Nick Sinclair’s photographs of the paintings on the harbour walls of Funchal, Madeira speak to all of us who dwell on land and like it that way. They speak of a huge and alien world. It is a world that is always there even when we turn our backs on it, in the sound of waves on shingle, in the calls of seabirds, and in the flash of white canvas on the horizon. This is the world of Atlantic sail. For centuries it was part of everyday life – the ships that set sail, the ships that returned, the ships that did not. Now in the age of air travel it is seen by few, and known by fewer. 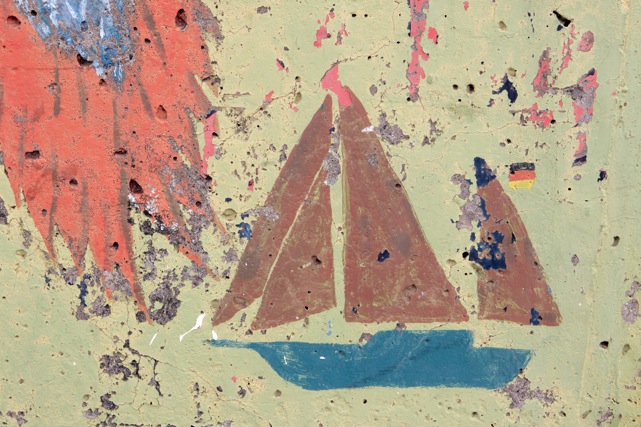 The islands of Madeira first appeared on a chart some time in the fourteenth century, perhaps a few centuries after the first human feet trod the volcanic dust that passes for sand here, and a few million years after the islands themselves rose above the waves. The first visitors were the pioneers of the unforgiving Atlantic, who navigated by guesswork and by hope, gambling on finding an anchorage just like this one.

Today the visitor to Funchal is likely to arrive by taxi from the international airport, or to step on to the dockside from a cruise ship that is twelve levels high, with cinemas, bars and business centres buried deep inside. Even those who have arrived by sea may barely know it.

But the wind-driven world 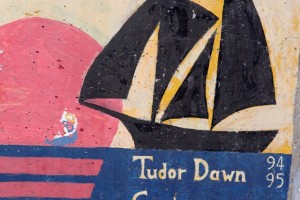 of the Atlantic maritime still exists, in all its old simplicity. The boats under sail still arrive. And by some unspoken arrangement their portraits appear on the harbour wall. There is no hanging committee here – if you are compelled to paint, then you paint. Many, perhaps most of these paintings express some of the intensity of the offshore passage, a pitch of experience that any sailor will recognise.

Remember that Funchal is at least 620 miles from the nearest part of Europe, 1100 sailing miles from Dover. In the unlikely event of making an average of five knots under sail, that means it will have taken you at least eight days at sea to reach this sweet volcanic cone, on your way to the middle Americas. These are your first eight days at sea. Most of those eight days will have been out of sight of land. 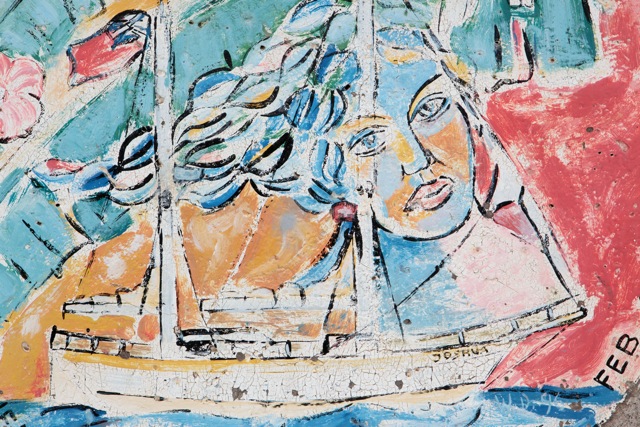 The only shape on your horizon is the shape of the sails and spars of your boat. For eight days – or more if you are coming from Scandinavia, or from the Russian ports – you are deep in the experience of the sea with its maddening sameness and absence of everything that makes up life lived on the land. You look for a form or a structure, and you do not find it. There is only the tiny world of the boat, and its image becomes incised on the mind. 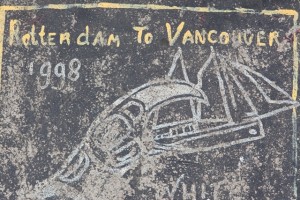 It is no surprise that the sailors who arrive here feel the need to record themselves. We are sail, the pictures say. We are hull. We are sea and spray, and bird and sea-monster. It is as if the pictures have painted themselves.

Nothing lasts long in the Atlantic sun and salt wind. An ocean passage in a small boat is as transient and vital as a meteor track. These photographs record that flash of experience. 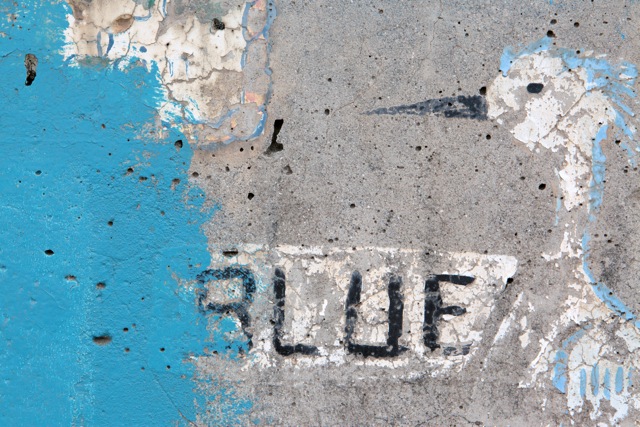