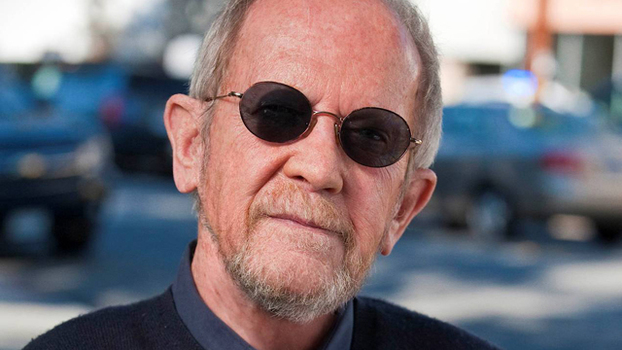 AS A boy Elmore Leonard was not a loner. He was not bookish. He and his friends played sports. One summer a group of them hitchhiked up to the Michigan Thumb – the part of the state that looks like the thumb of a baseball pitcher’s mitt. The boys picked strawberries for pocket money, alongside the migrant workers. Another summer Leonard stole a real pitcher’s mitt from a sports shop – he later said it was the one and only crime he ever committed. But he was baseball mad. For a long spell while his easy-going middle-manager father travelled on business he went to live with the family of his baseball coach – Leonard was fascinated by the coach, who “didn’t say many funny things. He was pretty much all business”.

These scenes from an American suburban childhood were part of Leonard’s imaginative storehouse. It took him a long time to start to become a writer (he began in advertising), and longer still to master his profession. But from the beginning, these were the seeds.

Small-time strugglers trying to make themselves into something new. A theft of something of special value, beyond money. Above all the mentor who understood the deadly seriousness of his chosen craft, whether it was baseball, or kidnapping, or armed robbery.

There was one more scene from his high school days in the 1940s. Three or four of them, up on the roof of the apartment in Detroit. Maurice, the oldest, suddenly gripping the metal guttering. He pushed himself out and over the edge. He hung there, three stories above the tarmac. And then he lifted himself back up. No words: he was cool.

For years Elmore Leonard had a recurring dream, that he was falling down a flight of stairs, never reaching the bottom. After some professional success this changed: now he was jumping or falling from a great height – but somehow surviving. To be high up was to be visible, to be vulnerable. Leonard needed to be at ground level, immersed in the flow of people, the unseen author. Meanwhile his minor bad guy characters fell from balconies, through windows, or drove over cliffs. Again and again: he repeated characters, scenes, motifs, like a jazz musician. “I begin with characters … and see what happens.”

In fact Leonard began with westerns, because he thought it would be easy to excel (“when I picked up Zane Grey, I could not believe it was so bad”), and right from the start he infused this moth-eaten genre with a new psychological tension. But as the market for westerns was killed by television, Leonard turned to crime writing. 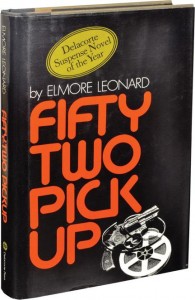 By this time he was also interested in television and film in a different way. He was writing screenplays, but also incorporating mirrors and images and films and filmmakers in his work. The novel 52 Pick-Up – one of a string of works from the 1970s set in Detroit, written as Leonard was struggling with alcoholism – was a turning point. A film used for blackmail is at the heart of the plot, but it is character that counts, and the characters constantly look at themselves, as if looking in a mirror, or watching a film. Leonard had now fully mastered a technique of indirect prose, seemingly removing the author entirely from the page, making every description a reflection of character. Increasingly the cast were female, and from ethnic minorities. As a writer he was finally down at ground level, dissolved into his characters.

By the time he published Get Shorty in 1990 Leonard was writing fiction about fiction. Chili Palmer the loan shark has a large debt to collect from a deceased gentleman who is not really dead. More than enough plot – but then the book doubles back on itself, and becomes a thriller about a film about the plot of the book.

Such a metafiction is very easy to fumble. But by this time Leonard had total control, which he exerted without employing a single excess word. He had achieved a state of grace.

Or as Chili Palmer says: “Don’t worry about it. I won’t say any more than I have to, if that”. 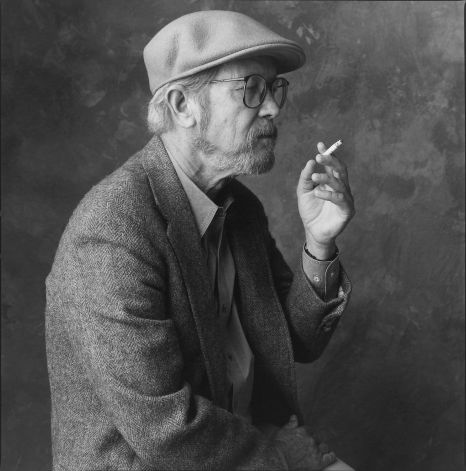