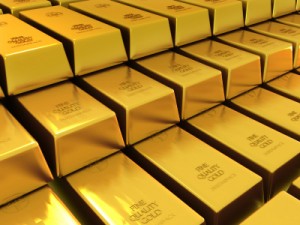 AMONG the many stories in this surprisingly entertaining book on the nature of money is an account of the Irish banking crisis. That was when the Irish banking system simply ground to a dead stop, with bank branches closed, the clearing system suspended, and customers unable to withdraw or even deposit money. A recipe for a ‘bank run’ you might think. But you would be wrong.

As cash ran out, people had to find a way of paying their regular bills, or even just paying for a pint of stout in a bar. What actually happened was that businesses started accepting IOUs or cheques for everything, even though there was no telling when the cash would be forthcoming. It helped that a lot of Irish life is lived locally: builders, greengrocers, mechanics and barmen all turned out to be dab hands at personal credit profiling. As the Irish economist Antoin Murphy wrote, ‘one does not after all serve drink to someone for years without discovering something of his liquid resources.’

In short, Ireland developed a new class of money, with currency that was not backed by any central bank, but based solely on informal but surprisingly accurate credit scoring. And the currency was often transferrable: if certain people said the bond was good, then the bond was good.

This particular banking crisis might seem vaguely familiar, but only vaguely. That is because it all took place over forty years ago, when the Irish financial sector came to a seven-month halt as the result of a national labour dispute. The point of the story is that it supports two of the author’s main contentions – firstly that money is not currency and that sovereign support for currency is not particularly important, and secondly that financial crises are endemic. No sooner is the last one put to bed than the next one is waking up. 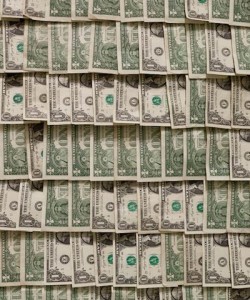 So far, so good. A view of money as something underwritten by the state and designed to enhance a basic barter economy is a view that is easy to demolish. But the author, economist and fund manager Felix Martin, goes much further. For him money is the governing principle in post-feudal societies. It is, he says, a ‘social technology’. Martin argues that early societies were static, based on a hierarchy of social obligations, which is why they needed no money, and which is why the Babylonians and the ancient Egyptians had no money and no currency. Money is the instrument through which societies unshackle themselves from pre-ordained social orders, and become individualistic and anarchic. Or as a Greek philosopher Aristodemus put it, ‘money is the man’.

And with money comes speculation, bringing in turn those endemic financial crises. For Martin, the reason that the world sees a financial boom-and-bust every ten years or so is that we believe in money too much – or rather, we believe too much in the ability of governments, or monarchs, or central banks to underwrite the ‘universal value’ of money. The list of wrong-headed promoters of universal value is long, he says, from Aristotle to John Locke to the Tea Party movement.

Martin’s recipe for stability? It’s an ultra simple version of ‘limited purpose banking’. Money must be ‘shorn of its specious promise’ he says; let the state underwrite a tiny core of deposit-taking banks, and absolutely everything else from interest rate derivatives to collateralised debt obligations can carry on unregulated and uninsured. If you lose your dough – tough. You knew the risks.

It is a solution that will attract anyone seeking a clean, clear, fair way of managing financial markets. Until they lose their money, of course.