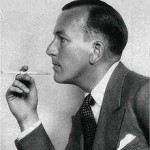 Coward turned out plays, lyrics and music in volume. Not all were good, and not all were successful, but many were both. The titles alone constitute a kind of instant history of British theatre and film in the thirties and forties – plays such as Hay Fever, Design For Living, Cavalcade, Blithe Spirit, Present Laughter, films like In Which We Serve and Brief Encounter, as well as songs that have entered the cultural subconscious, such as Mad Dogs And Englishmen, and Let’s Do It.

The definitive success of Coward’s prime was his play Private Lives, a claustrophobic drama of two doomed marriages locked around one self-destructive relationship (and another star vehicle for Coward and his stage partner Gertrude Lawrence). To contemporary audiences Private Lives with its allusive dialogue, its extraordinary pace and its thrilling amorality, seemed to be the very last word in metropolitan sophistication.

But nothing is a last word, and Coward’s long prime ended suddenly. The author’s creative fortunes collapsed in the aftermath of the Second World War, and they never fully recovered. This was partly the result of the post-war mood of austerity in Britain, a period when self-conscious dramas about emotionally troubled aristocrats began to look seriously outmoded. It was also a reflection of a deep change in popular culture, moving as it was into a more confrontational and cruder phase.

This was an alteration to which Coward never adjusted. ‘Looking around me I deplore the lack of style and elegance in most modern plays,’ he writes in one of his last letters. ‘I long for the glamour of great stars who used to drive up to the stage door in huge limousines …’

Noel Coward’s private drama of great success followed by a long professional eclipse is traced in this collection of correspondence edited by Barry Day, the self-appointed scholar of Coward’s life and work. The editor has chosen to present letters received as well as letters sent, and also to group them thematically rather than chronologically.

On the whole this unorthodox design for reading works well. Coward’s wit works on stage: on the page his letters are often as tedious as only high camp can be. On the other hand, many of the letters Coward received are of very great interest, as are the letters he wrote in later life, particularly when under professional or personal pressure. 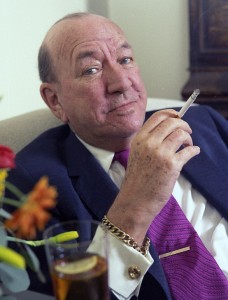 Coward’s wartime experiences, for example, were remarkable. He was a prescient opponent of the official policy of appeasement of Hitler’s Germany (British prime minister Neville Chamberlain was ‘that bloody conceited old sod’), and as early as the 1930s Coward was busy undertaking covert intelligence gathering missions for a war that he was sure was coming. After hostilities were declared, he worked tirelessly to promote British interests, and to do that sort of work it came in handy that he was (for example) a welcome guest at the Roosevelt White House.

There is also correspondence here that cuts right across the culture of the twentieth century – the range is from Marlene Dietrich to Lawrence of Arabia, via the Queen Mother and Harold Pinter. Coward’s reaction to playwright Harold Pinter – one of the new wave of writers who seemed to have displaced Coward and all he stood for – is revealing. ‘Your writing absolutely fascinates me,’ he wrote to Pinter. ‘You cheerfully break every rule of the theatre that I was brought up to believe in, except the cardinal one of never boring for a split-second …’ At the time Coward and Pinter seemed at opposite ends of a spectrum: it is only now that Coward’s techniques and psychological grasp can be recognised as things that prefigured much of today’s stage and screen writing.

The Noel Coward of these letters may be intermittently irritating, but he is also generous, outstandingly professional, fabulously hardworking (he wrote Private Lives in four days, while confined to his room due to illness), likeable, and dignified in defeat. There are also a few good jokes, like this cable from one of his very many foreign trips: ‘I am back from Istanbul – where I was known as English Delight.’