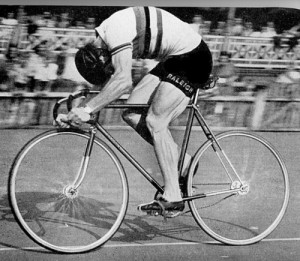 THIS book is about a man who was once Britain’s number one athlete: Reg Harris, a professional cycle track sprinter who dominated the worldwide sport for fifteen years. And what is cycle track sprinting? It is racing on a prepared track with one or more opponents. It is also a form of torture. A great road race held over days or weeks, like the Tour de France, has been described as a Calvary. But track cycling is definitely torture.

The leading exponents of this cruel craft were traditionally French, Belgian, Dutch and Italian. Their main methods (apart from drugs, which were universal) were the feint, the bluff, the double-bluff, the hint and the rumour designed to instil doubt, and vicious timing. Reg Harris was the working-class Lancastrian who muscled his way into this subtle world with one simple weapon. He was faster. 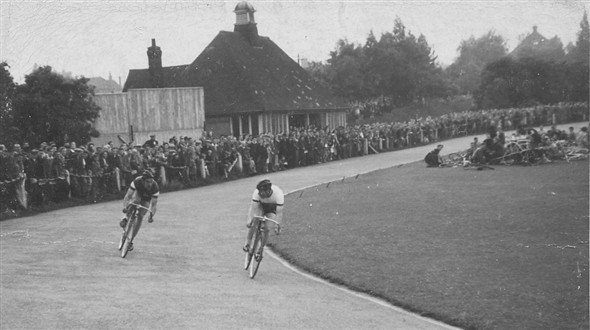 He was also driven, ruthless, methodical, and a bit dull – and when his day had passed there was not much for him to do. If you want to know what it is like to devote your life utterly to such a pain contest, this book will tell you. If you want to inhale the poetry of cyclisme, try something else: Tim Hilton’s One More Kilometre And We’re In The Showers, or Matt Seaton’s The Escape Artist, or The Rider by Tim Krabbé.