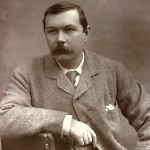 THE inventor of Sherlock Holmes was the most commercially successful author of his time; by his death in 1930 he was one of the best-known Britons in the world. Arthur Conan Doyle was a phenomenon: practising doctor, war correspondent, businessman, politician and a campaigner for legal and colonial reforms as well as a popular novelist. He was a one-man intellectual conglomerate.

But he considered his fiction undervalued. Though he was known worldwide as the author of the Holmes stories and even sometimes addressed as Mr Sherlock Holmes, Doyle (Conan, like Arthur, was his given name) regarded himself as primarily a writer of uplifting historical fiction, usually with a medieval background. At first he considered Sherlock Holmes a pleasant diversion that filled a gap in his income. Eventually he came to think of the detective as an irksome burden: “He keeps me from higher things,” he wrote.

The Sherlock Holmes stories continue to exercise extraordinary power. The writing is never more than efficient but the setting remains perennial: the comfortable, carpeted, fire-lit Baker Street sitting room shared by Holmes and Watson, the paradoxically womb-like world of a Victorian bachelor, set above an anarchic underworld full of violence and immorality. Doyle’s literary masterstroke was dividing the story between Holmes and Watson. It was a device the writer used frequently but never as effectively as here. 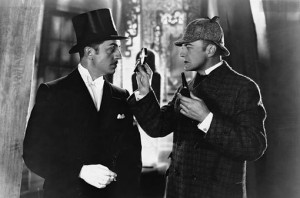 Doyle’s true theme was division: between order and anarchy, reason and emotion, the material and the spiritual. He himself was a man divided, as two new biographical books make clear. The very picture of an upright Victorian gentleman, Doyle was not averse to fighting in the street when the mood took him. And in his late 30s, at the height of his fame, he ran a double life, conducting a largely secret affair with the woman who eventually became his second wife, while his first was gradually succumbing to tuberculosis.

Much of this is revealed in detail in Andrew Lycett’s biography and in a selection of Doyle’s letters edited by (among others) the present executor of the Doyle estate. The story behind the publication of these two books might make a Doylesque thriller in itself. Mr Lycett and the Doyle estate vied to gain control of newly discovered material, each trying to get to market first (Mr Lycett was just first in Britain; the estate may make it in America).

Mr Lycett’s book is a serious piece of work from an experienced professional biographer. If he never quite gets fully to grips with Doyle’s elusive personality (which included a mother fixation and a lifelong tendency to be drawn to charismatic cranks and crooks), the author is particularly good on the intellectual background to Doyle’s work, both known and forgotten. The biography is hobbled by the Doyle estate’s refusal to permit quotation from numerous documents. But Mr Lycett makes the best of what he has and fills the gaps with insight.

The selected letters by contrast are strictly an enthusiast’s book. The editors’ comments are a bit haphazard and the material is poorly presented. On the other hand, it does convey an almost physical presence of the author, with his strange mixture of kindness and carelessness, overbearing self-confidence and depressive self-doubt.

Above all there is the impression of a man driven by internal forces. Since boyhood Doyle had been struggling with the consequences of his rationalist rejection of Catholicism and his growing conviction that there must be some kind of reality beyond the scientific. This was a division that in the end he could not manage. By the close of his life he was spending his diminishing energies defending not only the world of spiritualism but also the outermost fraudulent fringes of supernatural belief. It was a sorry ending.